by Raul, Quartermaster @ The Guild Hall

Every Tuesday and Saturday we’re playing miniature wargames at The Guild Hall and in October we’ll be hosting an Escalating Conflict for Lord of the Rings Strategy Battle Game. The idea behind the event is that we will be playing a series of games with very few points and just a handful of models. In each subsequent month, we will be adding more units and heroes to our army until we reach a high enough point where we can fight a massive battle where everybody can participate with whatever force they used during the campaign. This is for sure, an interesting prospect and an exciting project. 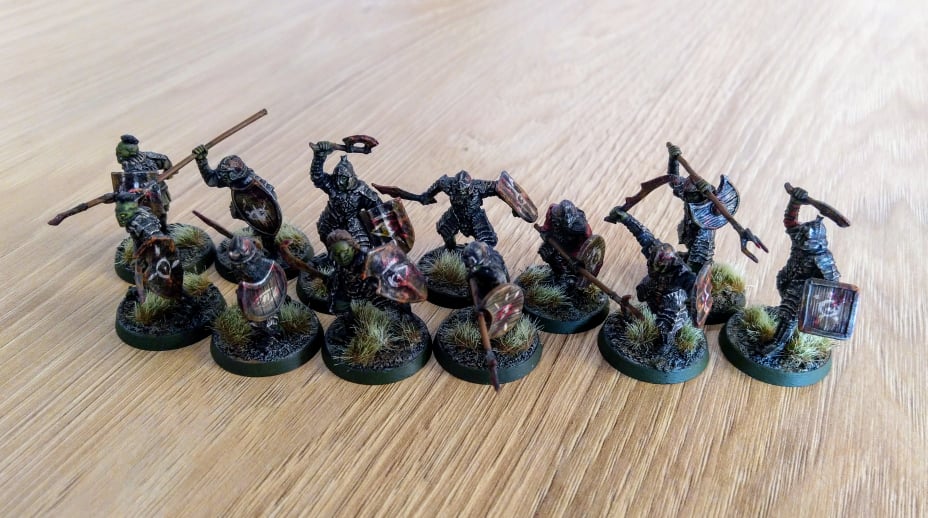 I really want to take part in this Escalating Conflict, so I decided to start early and prepare my force for the games ahead. Preparation is critical, after all. I ended up choosing Mordor as my army. Lots of cheap orcs and fast-moving Wargs, some cool heroes (or villains?) and maybe a Troll down the line. I’ll need to take advantage of the fact that orcs perform well when they outnumber the enemy (they like to bully isolated targets) so I will stay away from elite units for now.

Setting up the army

My first choice is a captain to lead the orcs. But this guy will be going into battle with style. He will be riding a terrifying Warg to give him speed and that extra punch in combat. My greatest fear so far is the elves that can hang back and shoot with uncanny accuracy so my Warg riding captain will try to close the distance fast and keep the archers busy until the slow-moving Infantry hits their battle line. He will not be doing this alone. At least three other riders will act as his guard and help him cut down any pesky archer that they might run across. Wargs themselves are pretty hard-hitting, and because of their sheer bulk, they will be knocking enemies prone if they hit them. I’m pleased with this unit. 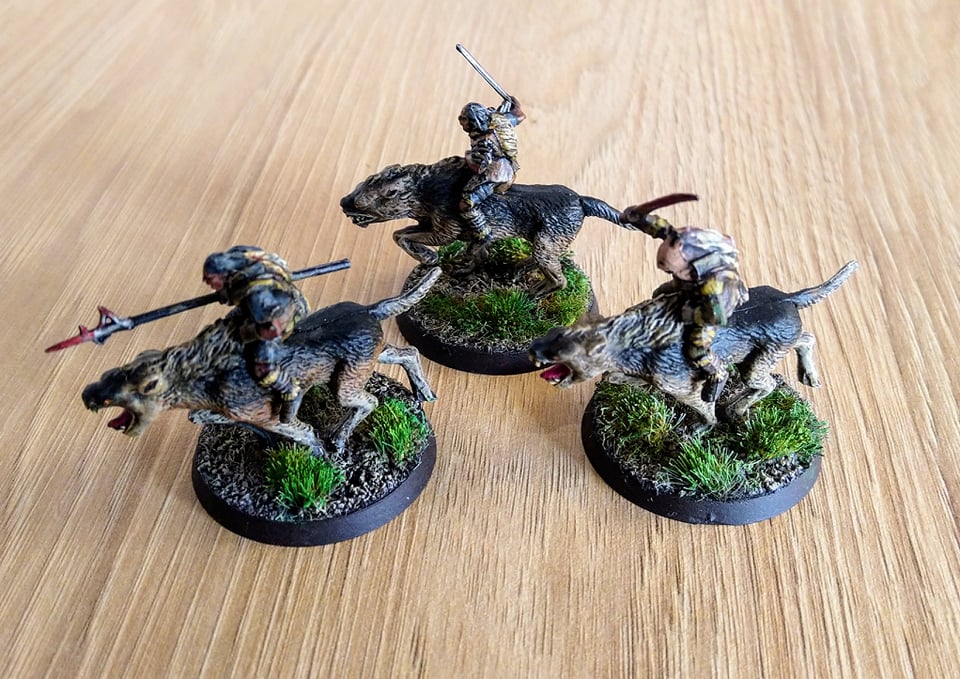 Next comes the Infantry. I opted for some Morannon orcs because they are a little better than the usual orc. Better armor means they can deal with ranged fire a lot better than other units. And being Infantry means they will walk towards their targets, so I’m expecting they will have to deal with arrow fire regularly. To make them even stronger, I have attached to them a captain on foot (not as cool as the one riding an overgrown wolf into battle) but still powerful enough to swing the fight in my favor. This guy is called Gorbag, and he is a vicious brawler when he gets outnumbered by enemies. This unit will be able to take on most things, especially if the wargs will soften the targets first.

Now…for the finishing touches, I will need some dice and tokens to markdown objectives and potential statuses I can inflict on my enemy. It’s just good form to show up to a game with all the tools you need to play the game with a minimum of complications. I will also write down my list on paper, so I have it handy, and I will mark on it all special rules I have so I don’t need to deal with continually flipping trough the rulebook or search on the internet. It will make my game more enjoyable and fluid. 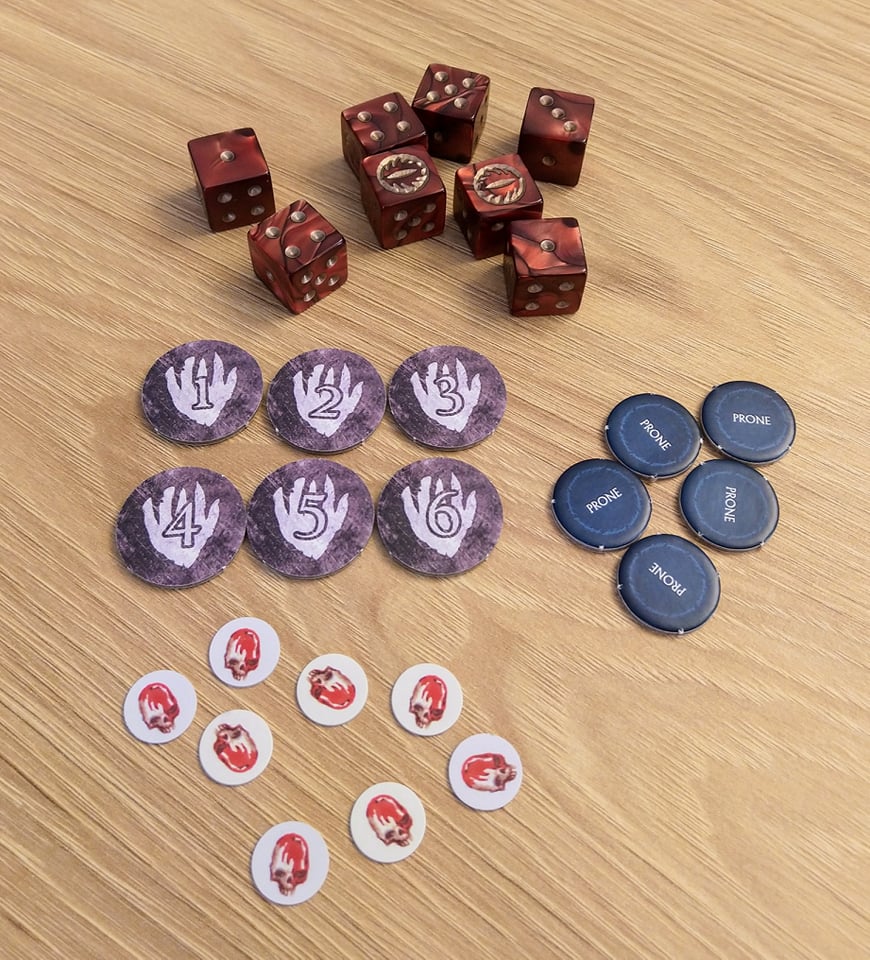 All in all, I’m very excited about this, and I will keep a regular diary about my adventures in the Escalation Conflict. Here is a link to the Facebook group where you can join the event and be part of this fantastic experience. Beginners can ask for a demo game and can then enter the Escalation Conflict and be part of the adventure. The friendly community will be more than happy to help you with the rules and any miniatures you might need to play. At the Guild Hall, all starter boxes and warrior boxes for this game have a very decent 20% discount to help you get into the game as fast and as easy as possible.