How to get into Middle-Earth Strategy Battle Game (MESBG)

Greetings again, fellow wanderer! Do you feel like this scorching weather’s a good time to stay inside and play some wargames? Well, let me tell you all about how you can start your journey in Middle-Earth. Oh, it’s much simpler than at first glance, so you don’t need to sell your soul to Sauron. Well, at least not for this game…

First off, you’d need some stuff that’s already present at The Guild Hall: the Rules Manual, the Armies of Lord of the Rings/Hobbit books and the Battle Companies book, some game mats and terrain pieces to build your battlefield. These are free to use if you come to play here. So, consider this step checked. 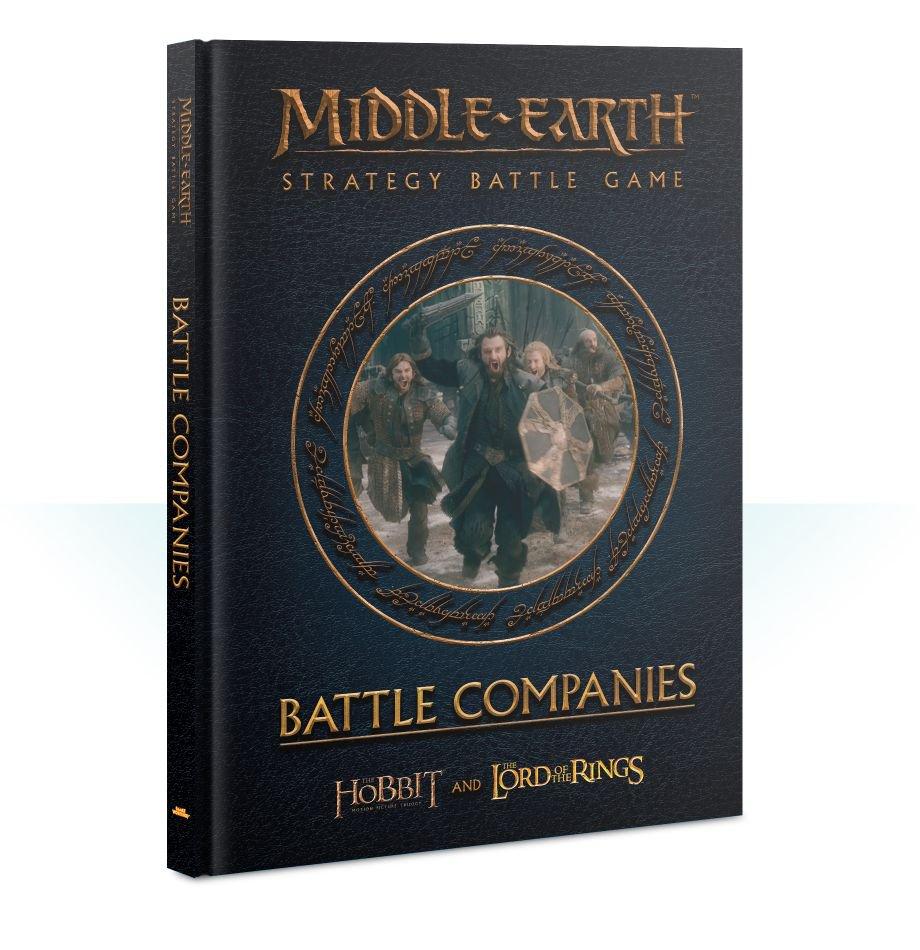 One of the upsides to MESBG is that it doesn’t have the same number of units on the battlefield as Warhammer Age of Sigmar or Warhammer 40.000, so that makes it cheaper from the get-go. Like in every miniatures wargame, the two players must bring approximately the same amount of points to a battle; each unit has its own points cost and you add units until you have that certain number of points. MESBG games are in the 250-300 to 750-800 points range, with 500 points being a middle of the way skirmish. 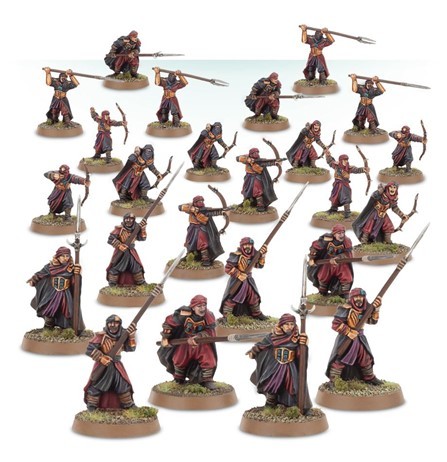 Ok, so how does one go about acquiring the minis? Unlike Warhammer Age of Sigmar/40.000, MESBG doesn’t have a dedicated Start Collecting! box for every faction and has only one 2-player starter box, The Battle of Pellenor Fields (Mordor versus Rohan & Army of the Dead – if you are interested in one of these factions and/or have someone with which to share it, it’s an absolute steal – it’s so cheap that you’re basically getting a good chunk of the minis inside for free). 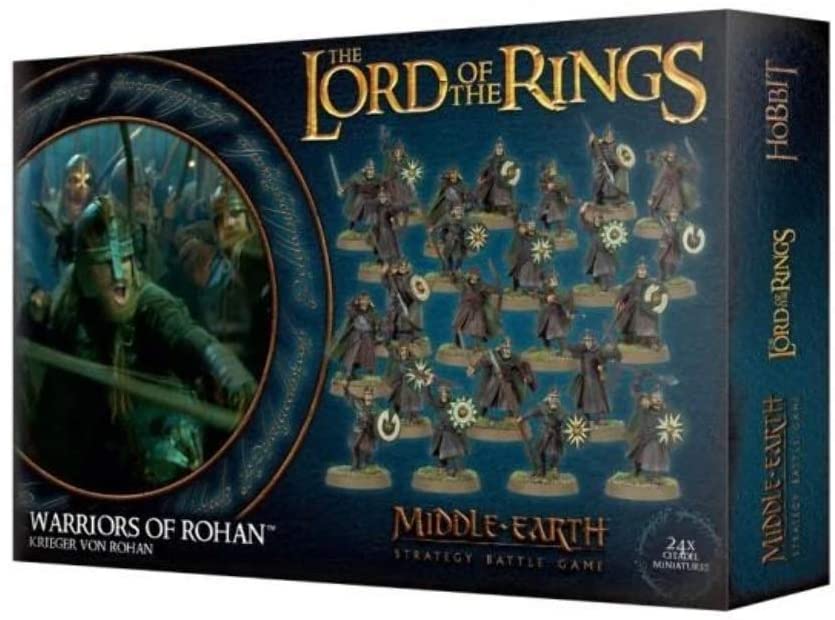 But, each faction has a “basic” box of soldiers (Warriors of Rohan, Moria Goblins or Haradrim Warriors, for example) and a “commanders” box (which contains 3-4 commanders and special units to lead your soldiers – the Mordor box has a Captain, a Shaman, a Taskmaster and a bannerman). These two put together will give you a 250-300 points army for essentially any faction.

Later down the road, if you add a box of more elite units, cavalry or some special named heroes (Gandalf, Elrond, Witch King etc), you’re guaranteed to have a 500 point army. Even later, you might be tempted to buy a troll or another box of basic soldiers if you’re more of a horde army, or a troll, and… voila, 800 points on the table.

Don’t worry, it’s not mandatory to start your army like that, you can just as well begin with a nice box of Knights of Dol Amroth or one of Lords of Umbar if you’re keen on those minis. If you’re having any trouble when building up your army, feel free to ask around. Also, did I tell you that one “basic” box of soldiers generally gives you not one, but two ready-made Battle Companies? If you’re interested in starting out this way, check with the people at The Guild Hall, the store has 2 evil and 2 good battle Companies for their customers to test out.

The last step, of course, is painting them. That looks like a daunting task, doesn’t it? All those paints and shades and sprays… Actually, it’s much simpler than that.

You need first and foremost a spray primer to prepare your mini for painting – you can buy one of the many colors available based on how you want to paint your little soldiers, or you can just use one from the store.

Then, get your hands on 3 base paints; there’s a rule in miniature painting that says that a mini needs to have at least 3 fundamental colors on it, so choose 3 different colors (maybe 1 for the skin, 1 for the metal weapons and armor and 1 for the clothes). Then, you’ll need 2 shades (very dark and diluted paints that give your mini a sense of depth and dirt) – 1 Nuln Oil (colloquially known as ‘liquid talent’ – Nuln Oil and metallic colors are a match made in Heaven) and 1 shade of your choice, based on what color occupies most space on your mini (Reikland Fleshshade goes will with red and brown, Drakenhof Nightshade goes well with blues and dark greens, Agrax Earthshade goes well with… just about anything).

And you’re set! With just these items (and a good dose of child-like excitement) you’ll have a good looking – nay, a great looking collection of minis to field in the epic clashes of MESBG! And if you want to put your army to test, you can join our Middle-Earth Battle Companies event – just send us a message to sign up. So, whether you choose the path of light or darkness, I shall see you on the battlefield and may the dice be ever in your favor! 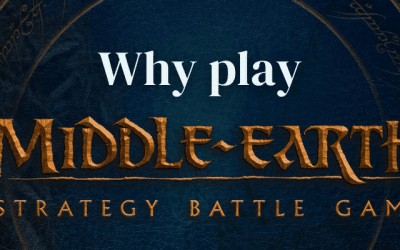 MESBG (Middle-Earth Strategy Battle Game) is a miniatures wargame designed by Games Workshop which puts you in the middle of the greatest moments in The Lord of the Rings and The Hobbit, right alongside all the iconic heroes and villains.

END_OF_DOCUMENT_TOKEN_TO_BE_REPLACED 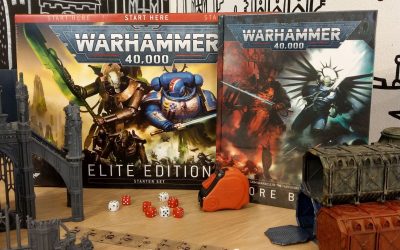 5 Easy Steps to Get Into Wargaming

Thinking of starting to play wargaming but you don’t know where should you start? Here’s 5 easy steps to get into wargaming!

END_OF_DOCUMENT_TOKEN_TO_BE_REPLACED 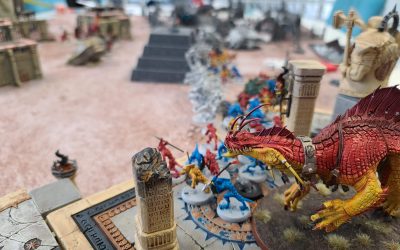 There’s an early Secret Santa raffle at your job, but you forgot to buy your colleague something. All you know is he enjoys this hobby, “wargaming.” What do you do? Do you buy him a fancy pen?

END_OF_DOCUMENT_TOKEN_TO_BE_REPLACED 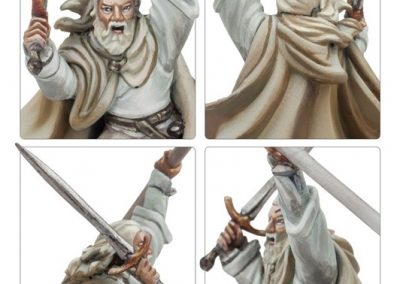 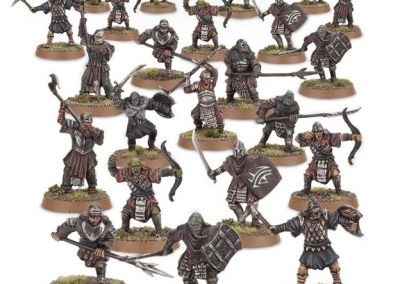