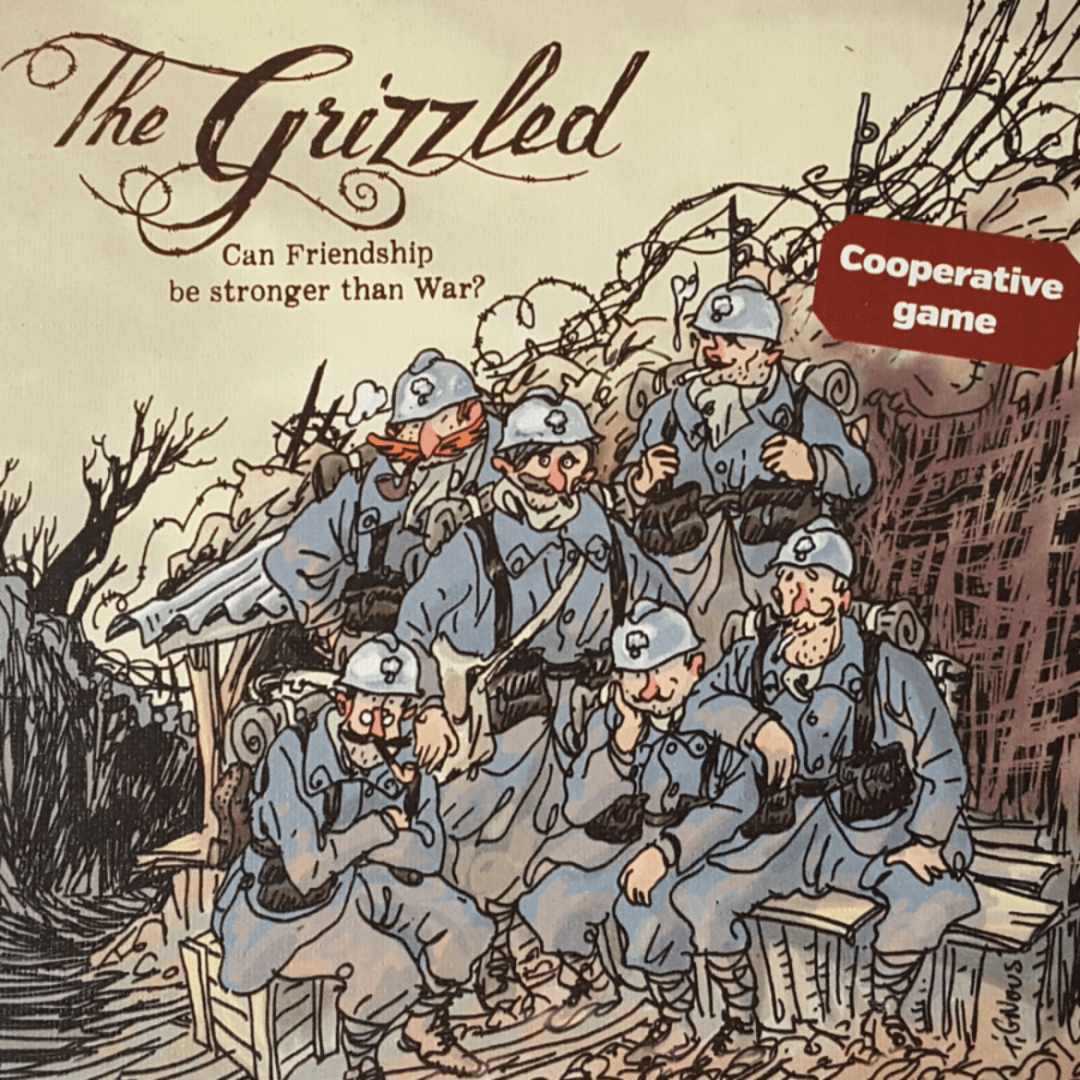 The Grizzled is a cooperative game about survival in the trenches during the first World War where players win or lose together.

Each round, the current team leader will choose how many cards every player draws. Then, going around the table, players must either play a card in their hand or back out of the mission. Each card represents either threats to the team (such as mortar shells and weather conditions) or negative personality traits (such as frightened or obsessive). At the end of the round, more cards are added to the draw deck. The game ends only if the players can deplete the draw deck as well as their hands without letting time run out.

If one threat shows up too many times, the team fails the mission. The team must play their threats correctly in order to gain any progress. However, most of the information in a players hand remains secret throughout the game.

Planning, teamwork, and a little luck are the tools you’ll need to win this cooperative game for two to five players.

← The Grizzled: At Your Orders! The Champion of the Wild (second edition) →