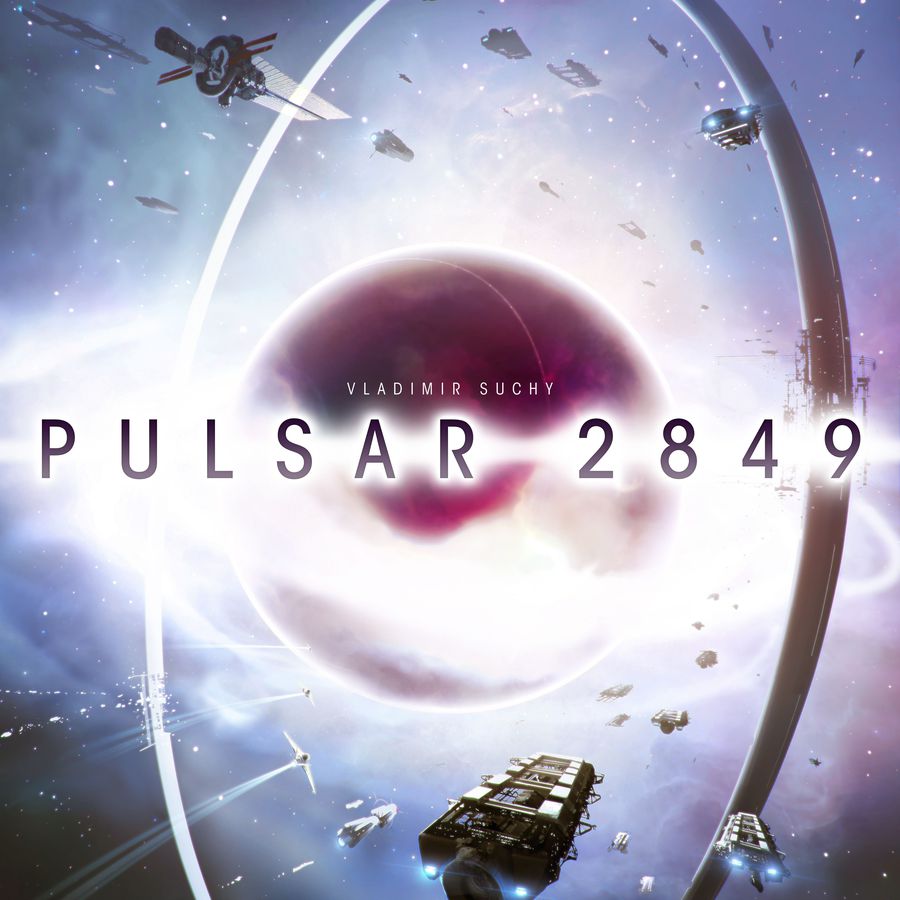 It is the year 2849, and humanity has harnessed the power of the pulsars. Now we must find a way to distribute this power throughout the stars.
In this Euro-style game, players explore space, claim pulsars, and discover technologies that will help them build energy-distribution infrastructure on a cosmic scale. Dice are used to purchase actions, and players choose their dice from a communal pool. There are many paths to victory so you can blaze your own trail to a bright future.

Draft dice to explore the universe in Pulsar 2849. Game is only 8 rounds long. Each round, roll dice based on the number of players, sort them based on their values, then draft dice to take actions.

Players score points each round based on what they’ve discovered and explored, and everyone has common goals that they want to achieve.