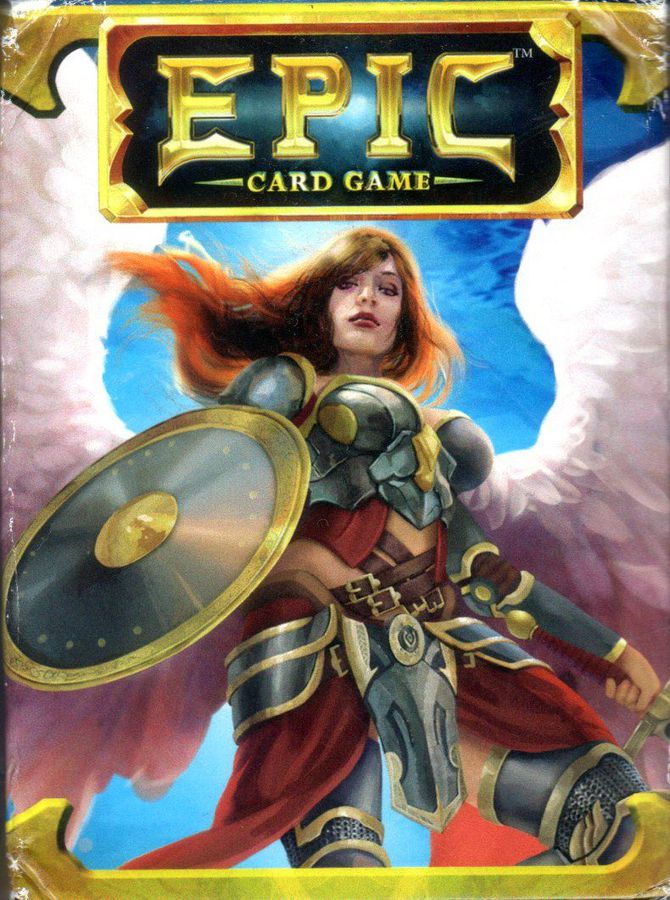 Epic is a fantasy card game by White Wizard Games which aims to recreate the TCG-style experience from a single box, with no additional purchases required.

Epic is a card game designed to start quickly but also to reward deep, strategic plays. In Epic, you take on the role of an elder god, in conflict with other elder gods. The cards in your deck are your champions, who fight for you, and events, which represent your will imposed on the mortal realm. In Epic, the turn sequence is easy but there are many options to choose from. You begin the game with a hand of five cards – each card costs either one gold or is free. You get one gold each turn — you don’t need to draw special resource cards or energy cards just to play with your other cards. Instead of figuring out which cards you might be allowed to play, you choose which card you want to play.

Epic is non-collectable, so every box contains the same 120 unique event and champion cards, with 8 double-sided cards to represent temporary “token” champions. One box supports preconstructed, sealed and draft formats for 2-4 players, two boxes up to 8 players, and three if you want to create a full constructed deck or a “cube” environment for drafting.