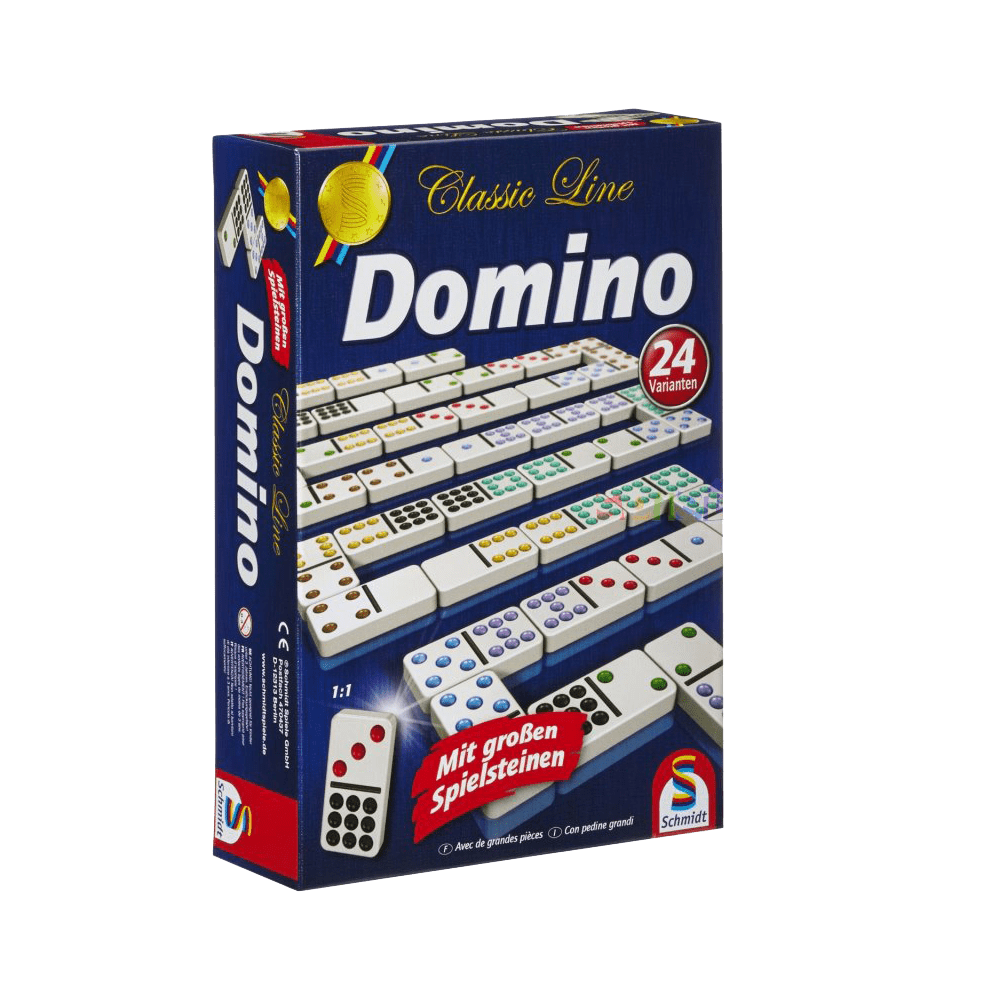 A traditional tile game played in many different cultures around the world. This entry is for Western Dominoes; the standard set being the 28 “Double Six” tiles. Chinese Dominoes use a 32 tile set with different distributions.

Dominoes is a family of games using the “Western” style tiles. The standard set of tiles is based on the 21 different combinations made with a roll of two six-sided dice. Seven (7) additional “Blank” combination tiles combine with the 21 to form the standard 28 “Double-Six” set. “Double-Nine” (with 55 tiles) and “Double-Twelve” (with 91 tiles) are also popular. “Double-Fifteen” sets with 136 tiles also exist.

Make a reservation
Buy the game
Skills Posted on