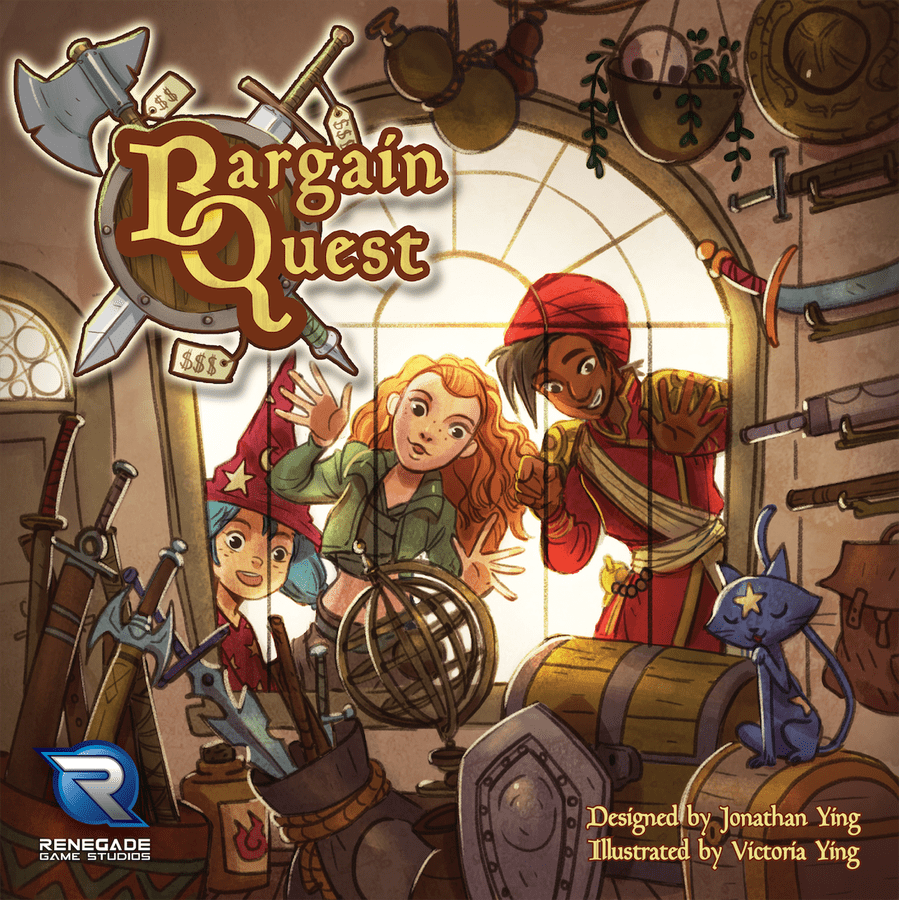 Bargain Quest is a game of adventure and capitalism for 2-6 players. Players will take the role of shopkeepers in an adventuring town plagued by monsters. Players must draft items and then secretly choose which items to place in their windows to attract wealthy heroes to their shops.

Once all heroes have been equipped, they venture out to battle against monstrous threats, earning money and prestige for the shop they represent. Throughout the game players will encounter new heroes and monsters while upgrading their shops and hiring employees. Once the third monster is defeated the player who has earned the most gold and prestige is the winner.